Study on plant community structure was undertaken in different altitudinal ranges of Shivapuri National Park. The general objective of this study is to analyse different plant community structure in Shivapuri National Park with regards to altitudinal variation. The forest was divided into three distinct altitudinal ranges on the basis of dominancy. In each altitudinal range standard quadrats method was applied for vegetation analysis. The highest number of species was found in site II. All the ecological parameters of the plant species were higher in site II except Basal Area of tree that was highest in site III. The pattern of distribution of plant species was not uniform according to altitude. At higher elevation, the forest was mature with almost closed canopy and trees were large; so the tree density was low. Species richness was highest in site II. Species diversity among tree and shrub species was higher in site I. But for herb species diversity was higher in site II for both seasons. Such type of variations may be due to nature of soil i.e. acidity, nutrient availability and other micro-climatic factors. The most noteworthy thing was that variation in flower colour of Rhododendron arboreum i.e. deep scarlet at low altitude, but it gradually changed into pinkish white as altitude increased. 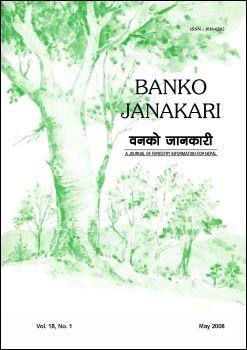