Assessing the causes of conflict and its effect on livelihoods: a study from Bardia National Park and Khata Corridor, Nepal

The ten-year conflict in Nepal can be viewed as the result of ignoring and failing to
strengthen the state and nation building through political, economic and social integration.
This study aimed to understand and assess the causes of conflict and their effects on
livelihoods in and around Bardia National Park, Nepal. Crotty's model has been used to
collect the information and conduct non parametric Wilcoxon test. Chi-square test with
descriptive tables has been used for data analysis. Causes of conflict based on people's
perception revealed that 78% and 45% of the respondents agreed that weak governance
was the cause of conflict before and after. 79% and 52% attributed economical instability
as a cause while 78% and 49% believed disparity in resource use and distribution as the
cause of conflict before and after. The overall impact on livelihoods due to the conflict had
a weighted mean range 2.0-2.3, suggesting the medium impact on all the assets. The
conditions of livelihood were better before and were negatively affected after the conflict.
Studying patterns of armed conflict and their impact in a country like Nepal is not just of
historical interest, but also a matter of current concern for development. 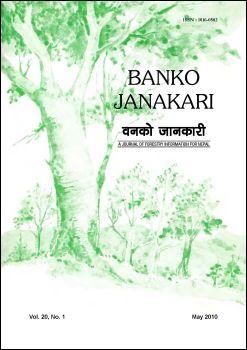